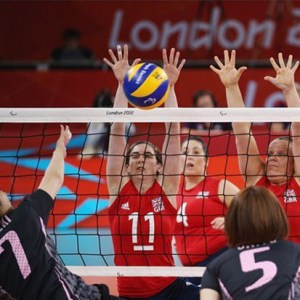 Prior to an accident in 2008 that changed her life forever, Claire Harvey played rugby at an elite level. Since her accident, Claire, has gained over 40 caps for Team GB’s women’s sitting volleyball team, and is now captain, competing at London 2012. A committed and talented athlete, Claire plays her club volleyball for the Invicta Hellhounds, Kent.In Claire’s own words, “I feel very privileged and excited to be part of this board. When I look back through my life; as a young person growing up in a deprived area (Medway Towns), a teenager struggling to find her identity in the world and then post accident rebuilding of my life, sport has been a constant source of support, friendship, motivation and strength. I believe sport can give so much to individuals but also to bring a community together.”

With a real passion for building sport in society, as well as being a tireless campaigner for helping LGBT people to get into sport, Claire is a determined and proactive athlete and chair of Motivate East. 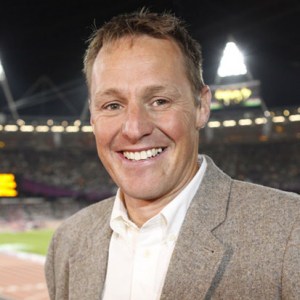 Danny Crates’ list of achievements is awe inspiring. He is a Paralympic gold medallist, a World Champion, European Champion, Paralympic World Cup holder and world record holder. Such is Danny’s determination, he was at one stage the only known one-armed club rugby player in the world, and was a key member of the team that brought the 2012 Games to London.In his own words:

“In Summer 2012, London not only staged the greatest Paralympics ever, but most importantly changed a nation’s perception of disability. The focus was shifted from disability to ability. The world watched the greatest athletes and teams battle for gold. Heroes and role models were born.

Now, the real work needs to begin. Yes, a generation was inspired, but they will soon forget. We need to make sure that everyone who wants to have the opportunity to partake in sport and leisure is given that opportunity. Not everyone wants to be a future Paralympian, but everyone has the right to access sport and to enjoy the benefits it brings.”

Regarded as a legend in Paralympic athletics, we’re proud to call Danny a Motivate East ambassador.